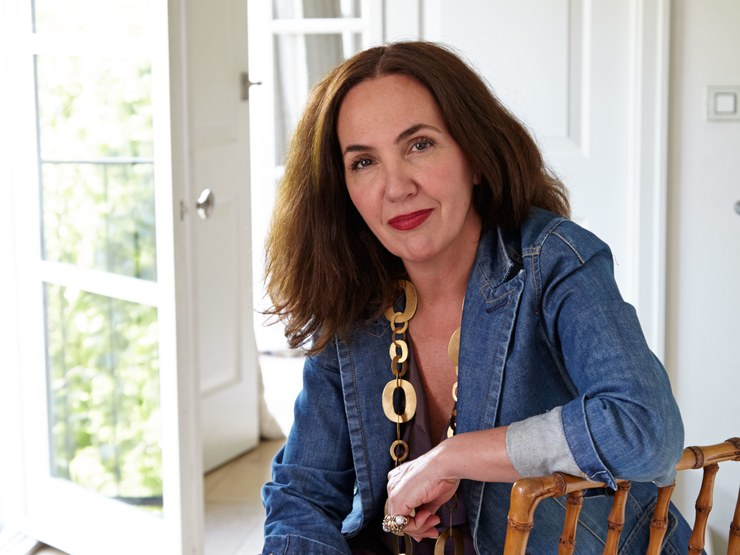 As we celebrate Hispanic Heritage month today we would like to honor Isabel López-Quesada for all that she has contributed to design.  Isabel López-Quesada is a premier interior designer based in Madrid.  As an adolescent, López-Quesada collected international design magazines — not easy to come by in the culturally isolated Spain of the 1970s — the way other girls her age collected records and posters of pop stars. At the age of thirteen, Isabel realized she had a unique skill set to decorate in a completely vocational form. She decided she wanted to dedicate her life to making spaces more beautiful, from which at the age of twenty she opened her studio. Today, Isabel is not only working in Spain, but also has spectacular projects all around the world, from the US to France, Japan, and the Dominican Republic.

In addition to her affinity for beauty, Isabel is influenced by her travels and a genuine curiosity, which brings an eclecticism that all her works represent. Each of her designs begin with a careful and personal study of the details of the space. Isabel is known for turning a 5,900 square feet  former wax factory to her lovely home. Isabel’s splendor eye for design immediately recognized the factory’s promise. “It was big enough for me to work at home, which is good for a mother, and there was outdoor space,” she says. “Plus, because of the wax, it smelled wonderful.” Due to the rough conditions of the factory renovations took Isabel and architect Pablo Carvajal three and a half years, all of which was worth it.

The ground floor’s numerous French doors are nearly always flung wide, admitting breezes and allowing sunlight to creep across the rooms, gently gilding an Eames lounge chair here, a Louis XVI console there. Because López-Quesada decided against curtains, “every window,” she says, “is like a postcard.”The floors downstairs are stone, with matte finishes rather than a high polish: Two kinds of limestone were laid in the drawing and dining rooms, while smoky slabs of rare Noir Belge marble were trucked in for the library; the entrance-hall floor combines all three. The bedroom level upstairs has pickled oak underfoot that recalls barn siding bleached with age. A radiant-heat system warms the house in winter, and cold water channeled through the same pipes offers relief during Madrid’s blistering summer months. “It is like being in a cathedral,” López-Quesada says. “You can feel coolness coming up from the floor.”

Her taste is a true mix of diverse styles, where one may find contemporary trends amongst traditional English or French decor. She affirms that “a house, as a person, must combine tradition and modernity”. Her design philosophy has made her stand out over the past thirty years, gaining recognition and awards, such as the Spanish edition of Architectural Digest’s award for “Best Interiorist” in 2012. She is also included in both 2016 and 2017 US editions of Architectural Digest’s “AD100”, which features the top architects and decorators in the world.